A POETIC FILM ABOUT THE FIRST LOVE AND THE ABYSSES OF A STIRRING TIME.

“What’s your big­gest fear?” Bastien does­n’t want to tell Chloé at first, but then she coa­xes him out of his shell. The 16-year-old turns the 13-year-old’s life upsi­de down when he spends the sum­mer with his fami­ly in Canada, at a lake in the forest. She tells him that a ghost lives the­re. What’s much more over­whel­ming are the expe­ri­en­ces he has with her: the par­ties, the alco­hol, and an attrac­tion that Bastien has never felt befo­re. There are sparks in the air, but the two seem to be worlds apart. The rural idyll is inter­min­gled with a dark under­to­ne. (JK)

Extra and Get Involved! 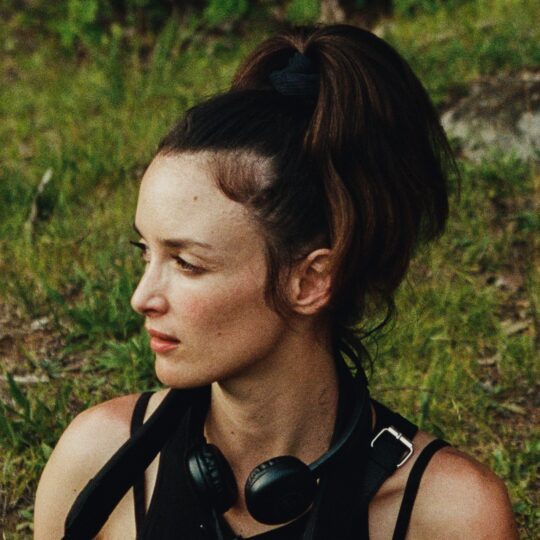 Charlotte Le Bon has worked as an actress for direc­tors such as Robert Zemeckis, Michel Gondry and Sean Ellis. Her first direc­to­ri­al work — the gen­re short film JUDITH HOTEL — was shown at the Cannes Film Festival scree­n­ed. FALCON LAKE is her fea­ture film debut.